I’m sure you’ve seen that tech CEO from Wisconsin in the news proclaiming his proud plans to microchip his employees. If you missed it, that CEO proffered public promises of easier access through the secured/locked doors of their techie abode and the swiftest payment of lunches in the techie kingdom’s cafeteria, with nary a soul digging through his or her handbag or wallet to—gasp—actually dig out a debit card or greenbacks to pay for the #3 with cheese and a large Diet Coke. All an employee must do in order to partake in these life-changing benefits, is get the microchip implanted beneath the skin between his or her thumb and forefinger. 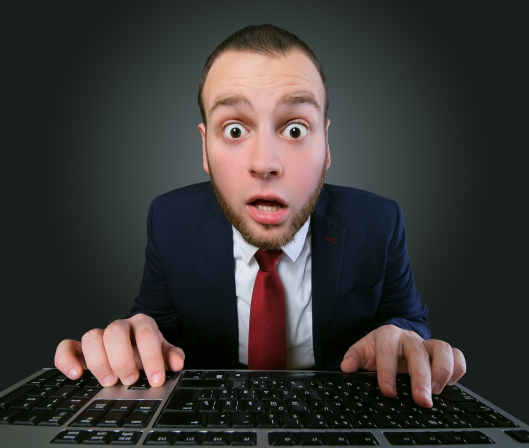 My initial response after hearing this news was probably the same as yours. → What the actual hell. ← In all fairness, they are a tech company. On some level, we get it. Let them do their thing. Yay, technology! And to the 50 purported tech employees at this guy’s company who are down for the microchipping, more power to ‘em. That’s their choice.

However, if any law firm in the United States of America thinks this may, let’s just say, hypothetically, sound like a good idea for its own firm’s employees, that’s cute.

Most lawyers are good people. Some, not so much. And then there’s that special handful that are the downright “crazy” types, and I don’t mean “crazy,” like the trial lawyers. I mean “crazy,” like they think they are the second coming of The Godfather, law firm edition, and can do whatever in the hell it is they want to do at all times. (I know you know at least one.) That latter group of esquires is just crazy enough to maybe think that this whole microchipping thing is the greatest creation since the bottling of the first ever batch of Pappy Van Winkle. (That’s $1,000+ bourbon, for all the non-drinkers reading this post.)

If you, as a lawyer, are contemplating the preposterous notion that your law firm’s employees may actually allow you, as their employing firm, to microchip them—yes, microchip, as in, like a dog, kind of microchipping—consider this a public prophecy regarding the Wall of No.

I cannot help but wonder how this could seem logical to any employer, much less an attorney, who is the boss of many. (People, not dogs, that is.) Seriously. I got nothin.’ I also find myself wondering how any lawyer—including the Godfather type, up high on that legal mountain—could believe that your employees, namely, smart attorneys, paralegals, and other legal peeps—would be eagerly clamoring to line up in their Jimmy Choo’s and Berluti’s, to stand in a heel-to-toe configuration, proudly peppering the law firm corridors with their presence, bearing clueless smiles, to stand in line for this blessed microchipping extravaganza. Because, we’re not. At all. As paralegals interested in the well-being of the legal kingdom, as a whole, any attorney pondering this notion may want to immediately check his or her serotonin levels. We’re just (collectively) saying. All signs point to a dip.

I’m a loyal employee. Hell, at this point, I’ve dedicated my paralegal self to the legal trenches for 20+ years and worked for the same supervising esquire for more than a decade. Some days, we work really well together. Some days, I want to kill him. I’m pretty sure he feels the exact same way about me. But if he, the big boss man (who, thank the lord, is NOT up on the mountain) ever asked if I, his loyal paralegal, would be interesting in getting microchipped, the answer would be a hard and fast: hell-to-the-no. As a logical guy, he would never actually have the balls to ask that question. Why? Because it’s absolutely absurd to anyone working outside of a technology company, and possibly, even to some working in it. I’m not sure how this could ever make any sense for those working in legal. Attorneys? Paralegals? Bueller? Anyone?

I’m over here trying to retain a firm grip on this place where I live, breathe, and work, called “reality.” To anyone who thinks this sounds like a great idea for a law firm, I find myself wondering, “Who in the hell do you think you are? And what is wrong with you?” No, seriously.  We’re asking. It’s not just me. It’s all of us.

Rumor has it that some working in Big Law have overhead video cameras monitoring their every move. Some firms would totally be down for knowing how long Sally spends in the bathroom versus Steve. Did she order the chicken fingers or a burger today? How much DOES she spend on lunch? It’s not a real slow slide to contemplating the use of the microchip for those types of firms. But here’s the deal. You are just a boss. That’s it. Plain and simple. The leader. Not a collector of people. Not a cataloger of people. Not a microchipper of people. Not Big Brother Legal Edition, stalker of the unsullied. Not the contact person on speed dial for the paralegal poacher to call, when any chipped employee is found roaming the halls, lurking in the break room with a chocolate chip cookie in her hand in an effort to overcome the insanity, or behind that locked door of stall number three, in the event that the allotted stall-time has been, in the minds of the firm’s ruler, exceeded. Hello, microchip. Goodbye, law firm. I’m pretty sure Sally and Steve aren’t going for it, nor am I.

Could there be potential health concerns associated with the microchips? Possibly, even if you can find an expert to swear ninety ways to Sunday they’re perfectly safe. (We work in legal. Remember?) Yes, we microchip dogs all the time. Dogs only live about 15-18 years, at best. Note: We are humans. Seems to me this is a “try it and see how it works out” scenario. Then again, there are idiots in every village and it is possible—not entirely likely, but possible—you will find some willing to undergo this microchipping procedure and hope for the best. (Can we pick them? Just saying.) And we know you’ll be serving up one hell of a waiver of rights, right along with those chips, sans guac. We get how it works. And in our case, how it doesn’t.

Do you really trust us to believe that the only place you are collecting data is at the front door and cafeteria register line? The hypothetical capabilities of these chips, even pondered by a non-legal group of slightly-creative people, is staggering. No, we don’t want to be tracked by you. (Yes, we know you claim the chips don’t track us.) And we sure as hell hope there isn’t a glitch with the equipment you want to implant into our hands, much less a firm-wide monitoring scenario in play. “We totally trust you on that,” said all the paralegals not getting microchips. The possibility of technology hacking, privacy concerns, or information theft? We’re going with a resounding “no thanks” on that one.

And just to ensure you’ve read between the lines of this post, our formal response to any lawyer’s thoughts on microchipping is this:

The chipping ain’t a go.

Best of luck on your ridiculous endeavors. Godspeed on all the potential ethical issues and problems arising from same.

You know what to do, paralegals and legal peeps! Loud. And. Proud. Hit that share button. Shout it on high in the legal kingdom. And welcome to The Wall of No.