Welcome back to the paralegal playground, TPS readers! You ever noticed when Tom stops by to share an insightful post on a controversial topic, he gets us to really stop and ponder a topic more fully? Well, today is certainly no exception! An opinion on the Jodi Arias trial?! Everybody’s got one. I do. You do. And so does Tom. Read today’s post, and let us know if you agree or disagree with Tom’s personal assessment. 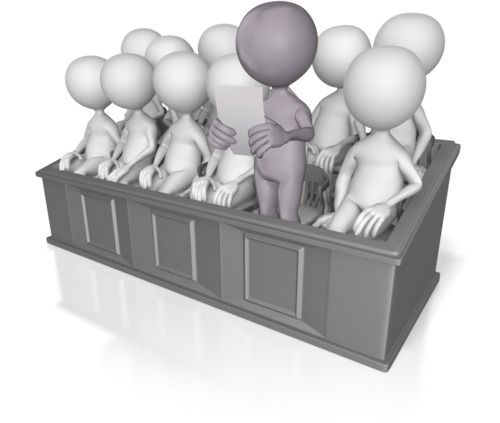 My neighbor, Sal, is up in arms! Yep, she is mad as hell. To put it mildly, Sal is a true-crime T.V. junkie. Any hour of the day or night, from the time she gets up tom the time she goes to bed, Sal has her T.V. tuned to either “American Justice,” “Cold Case Files,” “City Confidential” or “48 Hours.” Now, Sal knows that I am a Paralegal, so she always wants to discuss all the legal action. She usually starts these types of conversations by saying, “Whataya think about….?” I know that the rest of the question will have to do with some issue she saw on T.V.

Sal also loves to watch live court proceedings, primarily when the subject is high-profile murder cases. She and I had endless discussions over the Casey Anthony case as it unfolded. Sal was on the prosecution’s side, while I did and I still do, argue that Ms. Anthony was rightly acquitted. This brings me to why Sal is beside herself, two words: Jodi Arias.

Now that the jury deadlocked on the penalty phase, that is the crux of where Sal’s apoplexy lies; she thinks Ms. Arias is going to get less than she deserves, even though she was convicted on the murder charge.

When I tell Sal that I think the jury made the right decision in the penalty phase, she just cannot bring herself to agree with me. She is not alone, I am sure. Most people would agree with Sal. She and the rest are not thinking out of ignorance or prejudice, but they are not considering all the issues. They see that Jodi Arias was found guilty and believe that she automatically deserves the death penalty. They just do not have a complete understanding of how the judicial system works here in the United States. Actually, there is no real reason why they should. The ordinary person never runs afoul of the system, unless a person chooses a career as a paralegal or an attorney, the ordinary person is never educated about the system. In a lot of cases, ordinary people pay too much attention to the “talking heads” that analyses cases like that of Jodi Arias and most people never get to sit on a jury panel in capital case.

The last point, never sitting on a murder trial jury, plays a big part in why people do not understand why the Arias jury ended as it did, hung. To be honest, I have to count myself among those who have never had to make the decision as to whether a person should be put to death for a crime for which they were convicted. I am sure it is a tortuous experience. I am sure it is an experience that most jurors fear as they deliberate. Yet, jurors do face the experience with a deeps sense of duty and, for the most part, jurors make the correct decision.

Thomas G. Deitman works as a Paralegal in Philadelphia, Pennsylvania, and is the Owner of Amador Paralegal Services, LLC. Thomas is a member of the Delaware County Paralegal Association, American Bar Association, ACLU and National Association of Criminal Defense Lawyers. His primary areas of interest are in criminal defense work and death penalty appeals. Thomas also serves as the Secretary and a Board Member for the Amanda Truth Project, which was created to bring educational awareness to the issues surrounding wrongful convictions in cases involving shaken baby syndrome. The group works to educate the community about the potential for pediatric misdiagnosis, helps families, their lawyers and medical experts to find the truth. Mr. Deitman looks forward to joining The Paralegal Society in 2013 as a regular Guest Contributor!

What do you think, TPS readers? We’d love to hear your opinion. We know you’ve got one! So hit that comment button and sound off. We’ll have operators eagerly standing by, sipping black iced teas from Starbucks, and waiting to post your absolutely fascinating comments.