By: Carol Wells, BS, MBA, Paralegal
Part I of our “Prescription Drug” series

We bet you one thing. When you’re done reading this article, you’ll feel incredibly educated on the topic of Direct-to-Consumer Advertising – that fun place where prescription drugs and targeted marketing campaigns intersect! Today, we’re bringing Carol Wells back to the TPS stage on this “Major Monday” to impart a little wisdom with our wildly fabulous readers! Oh, heck, who are we kidding? It’s far more than “a little” knowledge. Take a big sip of that caffeinated beverage sitting desk-side. And then another one. Your crash course on prescription drugs and mega marketing campaigns begins now! 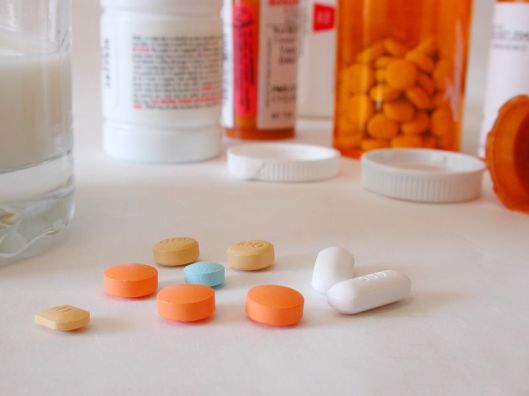 We’ve all seen them in magazines, on billboards, on T.V., even on our computers – direct to consumer ads for medications. But what has the advertisement told us about the medication? Most ads market the medication with a strong message; we, being the pharmaceutical company, will improve your life, your well-being, your social functioning. We are here to make your life better. That illness you have? Gone. The symptoms from chronic illness? Gone. But does direct to consumer advertising really give all the information needed by the patient to make a decision? Granted, most prescription medications are now advertised with a disclaimer: ask your doctor about this medication. This is sage advice.

Direct to consumer (DTC) advertising can be complicated from the perspective of the consumer. Some patients may already be taking the drug that is being advertised and the advertisement may reaffirm what the patient has already been told by his/her physician. It could also provide new information the patient did not know. Consumers may also know someone who is already taking the medication. This type of advertising could open the door for the patient/consumer to have an informed discussion with their physicians about these medications. For patient/consumers who use DTC information as a talking point with their physician, surveys taken by the FDA, Prevention Healthcare, and the AARP show that the advice given in DTC advertising is generally positive. Because the medications being advertised are both prescription-based and over the counter medications, there are two ways to look at this.

For Prescription based drugs, the FDA has very strict rules about what can be used in an advertisement. If the FDA feels the ad is misleading, they have the power to have the ad pulled. Pharmaceutical companies comply with this order because as the governing agency for clearance, quite frankly, the FDA has clout. In the case of over the counter drugs like Tylenol, Aspirin, and other medications, most have been around so long it is assumed the consumer will use their best judgment and follow the directions on the labeling. Most over the counter drugs are generic forms of prescription drugs sold at a lower dosage than their prescription counterparts.

Then there are three ways to look at DTC advertising, and from the perspectives of the patient/consumer, the Physician, and the Insurer, things may look differently.

This brings us to the perspective of the insurer. Insurers felt that DTC advertising made patients and Physicians use the most expensive, newest therapies on the market. When a pharmaceutical is ready to be released to the public, it must be patented to protect the intellectual property rights of the manufacturer. Once the patent runs out, pharmaceutical companies can apply for a short term extension of that patent while generics are being produced and sold.

When drugs are produced they go through rigorous clinical trials. When the FDA is satisfied that all is well with the drug, it will give its approval for release. However, this methodology has its drawbacks as it can take years for a drug to be released to the public. The FDA has the power to pull the drug prior to marketing if the FDA feels that there was a problem with the manufacturing plant or that the drug will not perform as the pharmaceutical company states it will. While the FDA is the authority in overseeing the release of new drugs to the market, there is a step system to prevent dangerous drugs to be administered to the consumer. If this were to occur, as it did with Vioxx and Beyeta, the FDA would be deemed responsible for the outcomes. The FDA also approves what information is included with the drugs that are prescribed to the general public.

The patent process and clinical trial process is very expensive, costing millions of dollars. Drugs are usually released for one purpose, but long term effects of the drug won’t be known for years. Due to costs of long term testing, it would not be cost effective for the manufacturer to follow a patient group to see what those effects might be. The FDA approval process is already very long, therefore additional time for approvals would not be beneficial for the public. During the HIV/AIDS crises this became patently clear. Medications were being held up in the approval process that could save lives because of the FDA’s strict clinical trial program. In 1997, Congress pass the Food and Drug Modernization Act, that allowed pharmaceutical manufacturers to pursue a shorter clinical trial process to release the drug, and then continue testing while the drug was on the market.

Another issue with prescribed medications is what is known as off-label prescribing. Off label prescribing occurs when a drug that has been approved by the FDA for one purpose, is prescribed by the physician for another purpose.  In prescribing medications to patients, physicians may have become aware that certain drugs can be used successfully for another purpose. In truth, once the FDA releases a drug for use, they have no control over how that drug may be used in the future. Most off label prescribing occurs in oncology, pediatrics, and HIV/AID’s. Critics of FDA regulations contend these regulations have three effects: testing that may delay entry to market, costs that reduce the number of new drugs into the market, and policies that are seen as a deterrent due to a lack of variation in how the FDA judges the safety of each drug.

As an example, Physicians realized the unintended benefits of such drugs as Taxol, which was released for one type of cancer but which was found to help many more, and certain antibiotics in treating stomach ulcers. Once it was realized that the majority of stomach ulcers were caused by a bacterium, physicians began to prescribe antibiotics for treatment. If these drugs were to go through another clinical trial for “supplemental usage”, it could take years before the FDA would approve them. The FDA for their part has stated that if there is evidence to the efficacy for these drugs in off label use, then the FDA would accept that clinical evidence in the approval process. However, this is not the same as clinical trials and if these new therapies were to cause harm, it would be the evidence collected by the medical community that would be to blame.

The FDA has come under criticism for its lengthy and costly approval process. Another area that is malaffected by this process is what is known as the “Orphan Drug” for treatment rare diseases. There are numerous rare diseases that do not have approved treatments because they are so rare, and the approval process so costly, drug manufacturers will not spend the time or money to develop treatments. This was famously brought to light in a movie called “Lorenzo’s Oil”, where a child had a rare disease that could be treated by a simple oil compound, but because it was not approved, the parents were unable to access this treatment.

European drug laws and approvals are not as strict as they are in the U.S., even for adult treatments for cardiac and blood pressure medications. Alexander T. Tabarrok reviews this in his paper “Assessing the FDA Via the Anomaly of Off-Label Prescribing“, and quotes that the patient deaths experienced from faster approvals are half of what are seen from the slow approval process in the U.S. Secondly, there is no incentive for drug manufacturers to test drugs once they are generic or “outdated”. Most Physicians would say that more patient/consumers would agree to off label usage of a medication if it would save their lives or successfully treat their condition, than not.

In conclusion, DTC advertising provides patient/consumers with information regarding treatments available. However, most of these treatments may be very expensive, whereas older drugs may work just as well. But because it opens the topic of discussion between the patient and the physician, although an unintended effect, it is one that could provide the necessary treatment for any illness or condition the patient may have.

References used for this column:

Carol Wells is a 52-year-old woman with 30 years Nursing experience in diverse areas of the health system. She became a Nurse in 1983, after graduating as a LPN, achieving her ASN in 1987, a Bachelor’s degree in Health Care Management in 1999, and MBA’s in Management Information Systems, Health Care Management, and Marketing. Carol is currently on leave from a Doctorate in Health Administration.

Be sure to check out Carol’s blog, Leftist Moderate Speak, which features political discussions about healthcare topics at: www.leftistmoderatespeak.com.

We don’t call it “Major Monday” for nothing! Be sure to watch for Part II of this series, where we’ll discuss the implications arising from this type of marketing, including: increased prescription drug sales, lawsuits, patients requesting medications they may not need and otherwise never would have heard of, physician perks, and other pertinent issues.

I gotta admit, my head is swirling – how about yours? Oh, I almost forgot…don’t worry a bit about those piles of papyrus, crazy attorneys, and looming deadlines, TPS readers – just grab an oar and row like any good paralegal would down the dead (line) sea…fast as heck and non-stop!  We’ll see you on Wednesday!

Should I view it as a sign when a brightly colored, polka dot flyer bearing the words “psychological counseling services – 4th floor” was staring me dead in the face, as I waited to board the elevator to legal heaven this morning? Psychological services are now “in” the building, folks! Let the fun begin. Off to the dead (line) sea it is…row, row.

2 thoughts on ““Drugs, Anyone? The Implications of Direct-to-Consumer Advertising””